Fading Foundations: Probability and the Regress Problem
by David Atkinson, Jeanne Peijnenburg - Springer , 2017
This book addresses the age-old problem of infinite regresses in epistemology. How can we ever come to know something if knowing requires having good reasons, and reasons can only be good if they are backed by good reasons in turn?
(1670 views)

Kant's Philosophy of the Unconscious
by Piero Giordanetti (ed.) - De Gruyter Open , 2012
The unconscious, the other of consciousness, is a key problem of the critical philosophy. The purpose of the volume is to fill a substantial gap in Kant research and to offer a complete survey of the topic in different areas of research.
(2106 views)

The Contents of Perceptual Experience: A Kantian Perspective
by Anna Tomaszewska - De Gruyter Open Ltd , 2014
The book addresses the debate on whether the representational content of perceptual experience is conceptual or non-conceptual, by bringing out the comparison between Kant s conception of intuition and contemporary accounts of non-conceptual content.
(2521 views)

The Problem of Truth
by Herbert Wildon Carr - Dodge Publishing Co. , 1913
The problem of truth is a problem of philosophy. It is not a problem of merely historical interest, but a present problem -- a living controversy, the issue of which is undecided. Its present interest centre round the doctrine of pragmatism.
(3445 views)

Consolation of Philosophy
by Boethius - E. Stock , 1897
A deep investigation into the nature of wisdom and the physical world. Making use of fiction and dialogue, Boethius takes the reader on a journey of philosophical inquiry and reflection that is as stimulating today as it was in the sixth century.
(5868 views)

The Computer Revolution in Philosophy: Philosophy, Science, and Models of Mind
by Aaron Sloman - The Harvester Press , 1978
Some parts of the book are dated whereas others are still relevant both to the scientific study of mind and to philosophical questions about the aims of science, the nature of theories and explanations, and to questions about the nature of mind.
(8432 views)

Where are the Zombies?
by Kar Lee - Smashwords , 2010
Is there afterlife? What is the purpose of our existence? Can computers and robots be conscious, and wake up one day to ask this very same question? This book is an intriguing exploration on the nature of the conscious mind.
(8767 views)

Cosmic Consciousness: A Study in the Evolution of the Human Mind
by Richard Maurice Bucke - Innes & Sons , 1905
The basic point of this book is that the human race is slowly and sporadically advancing in consciousness to a higher state that will eventually lift the species above the fear, ignorance and brutality that have plagued mankind throughout history.
(10405 views)

Consciousness Studies
- Wikibooks , 2007
Everyone has his or her own view of the nature of consciousness. The intention of this book is to expand this view by providing an insight into the various ideas and beliefs on the subject as well as a review of current work in neuroscience.
(9560 views)

How We Think
by John Dewey - D. C. Heath & Co. , 1910
A classic book about thinking. Dewey studies thought from the psychological and philosophical points of view and derives practical ideas for education. Useful book whether you are a student, teacher, or just interested in the world around you.
(12525 views)

Freud and his Critics
by Paul Robinson - University of California Press , 1993
In a witty, densely argued critique, Robinson levels the accusations of prominent anti-Freudians Frank Sulloway, Jeffrey Masson and Adolf Grunbaum. Robinson does an excellent job of explaining his opponents' arguments as well as his own.
(11182 views)

Beyond Good and Evil
by Friedrich Nietzsche , 1913
Essential text for anyone interested in the development of recent thought. Nietzsche calls upon the philosophers to leave traditional morality behind and to move beyond good and evil in a more fulfilling attempt to affirm the potential of human life.
(11024 views) 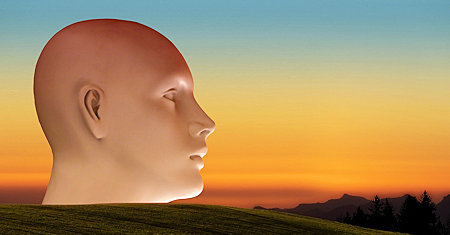