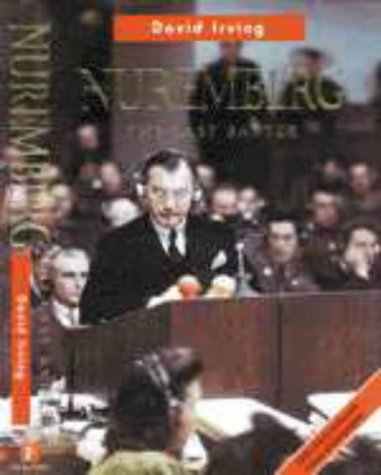 Description:
This book is an intimate look at the origins and conduct of the first post-war trial of major war criminals held at Nuremberg from 1945 to 1946. It has as its nucleus a series of articles which the author wrote in the late 1960s.

The History of Peter the Great, Emperor of Russia
by Voltaire - Leavitt & Allen
Peter the Great was tall, genteel, well made, with a noble aspect, piercing eyes and a robust constitution, fitted for all kinds of hardship and bodily exercise. He had a sound understanding, which is the basis of all real abilities ...
(5980 views)

Vlad the Impaler: A Life From Beginning to End
- Hourly History
Many scholars argue that Vlad III Dracula, also known as Vlad the Impaler, is the real Dracula. He was known in western Europe for his cruelty, most especially his penchant for impaling his victims. He is said to have killed some 100,000 people ...
(2970 views)

Russia in the Shadows
by H. G. Wells - Hodder and Stoughton
The book depicts the grim situation of Russia during the civil war. On his trip Wells met many people and came away from this experience pessimistic about the future of Russia, noting that it was slipping into anarchy and even greater backwardness.
(8262 views)

The German War
by Arthur Conan Doyle - Hodder and Stoughton
These essays, upon different phases of the drama which has made our lifetime memorable, would be unworthy of republication were it not that at such a time every smallest thing which may help to clear up a doubt, should be thrown into the scale.
(6221 views)