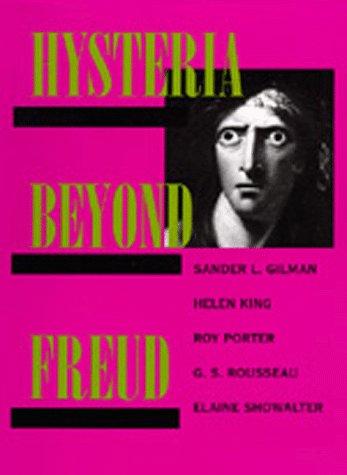 Hysteria Beyond Freud
by Sander L. Gilman, at al.

Description:
An absorbing, erudite reevaluation of the history of hysteria. The widely respected authors draw upon the insights of the new social and cultural history, rather than Freudian psychoanalysis, to examine the ways in which hysteria has been conceived by doctors and patients, writers and artists, in Europe and North America, from antiquity to the early years of the twentieth century.

HIV Mental Health for the 21st Century
by Mark G. Winiarski - New York University Press
This volume provides a roadmap for mental health professionals who seek to develop new strategies aimed at increasing the longevity and quality of life for people living with HIV/AIDS, as well as at controlling the future spread of the disease.
(2309 views)

Invisible Wounds of War
by Terri Tanielian - RAND Corporation
This monograph focuses on post-traumatic stress disorder, major depression, and traumatic brain injury. Unlike the physical wounds of war, these conditions are often invisible to the eye, remaining invisible to society in general.
(14286 views)

Self-Harm: Longer-Term Management
- British Psychological Society
This is the first NICE guideline on the longer-term management of both single and recurrent episodes of self-harm. The focus is to improve the longer-term care of people who self-harm after initial treatment of the injury or poisoning.
(6893 views)