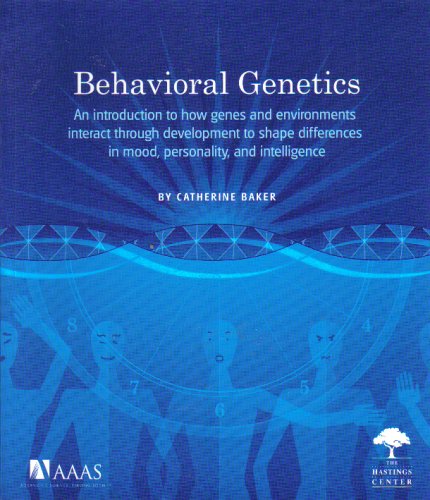 Description:
An introduction to how genes and environments interact through development to shape differences in mood, personality, and intelligence. This book is an introduction for non-scientists to the science of behavioral genetics and its broader ethical and social implications. Among the topics covered are how scientists explore the influence of genes and environment on behavior and how such research may challenge our understanding of human nature, personal responsibility, and equality.

Population Genetics
by Kent Holsinger - University of Connecticut
This is an introduction to the field of population genetics, the branch of evolutionary biology concerned with the genetic structure of populations and how it changes through time. You need to know some basic algebra and probability theory.
(14539 views)

DNA, Statistics and the Law: a cross-disciplinary approach to forensic inference
by Alex Biedermann (ed.) - Frontiers Media SA
This volume aims to investigate, from an interdisciplinary perspective, the current understanding of the strengths and limitations of DNA profiling results in legal applications. The emphasis is on topics with a multidisciplinary perspective.
(7041 views)