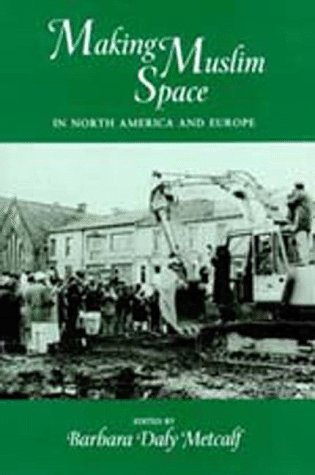 Description:
Focusing on the private and public use of space, this volume explores the religious life of the new Muslim communities in North America and Europe. These essays concentrate on cultural practices and expressions of everyday life rather than on the political issues that dominate today's headlines. The authors emphasize the cultural strength and creativity of communities that draw upon Islamic symbols and practices to define "Muslim space" against the background of a non-Muslim environment.

The Life of Muhammad
by Muhammad Husayn Haykal - Islamic Book Service
Author gives a biography which reveals the career of Prophet Muhammad in the full light of historic reality. He brings out the essence of Islam, as exemplified in the life of the greatest Muslim. He includes complete coverage of the Prophet's life.
(13578 views)

Islam between Truth and False Allegations
by Ahmad Shalabi, et al. - ISESCO
Addressing the fallacies harboured by certain non-Muslims about social issues, the book expounds in a clear manner the Islamic standpoint vis-a-vis those issues, and redresses the misrepresentations circulated about the righteous religion of Islam.
(5668 views)

The Koran (Qur'an)
- quran.com
The Koran admittedly occupies an important position among the religious books of the world. Though the youngest of the works belonging to this class of literature, it yields to hardly any in the effect which it has produced on large masses of men.
(10240 views)