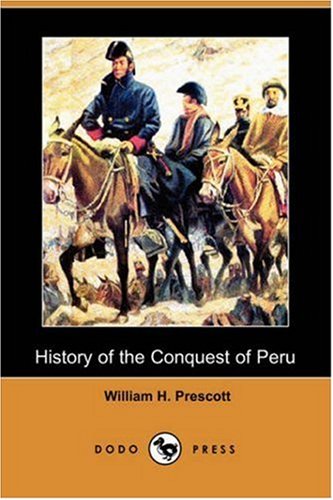 The History of the Conquest of Peru
by William Hickling Prescott

Description:
Originally published in 1847, History of the Conquest of Peru, a companion volume to William H. Prescott's masterly History of the Conquest of Mexico, continues his vivid chronicle of Spanish exploits in the New World. The book's commanding vision of Pizarro's tumultuous overthrow of the Inca empire has secured its reputation as a classic in the literature of Latin American history.

The Ancient East
by D. G. Hogarth - H. Holt
The area we shall survey in 1000 B.C. and re-survey at intervals, contains Western Asia bounded eastwards by a line drawn from the Persian Gulf to the Caspian Sea. This area is marked off by seas on three sides and by desert on the fourth side.
(17075 views)

The Story of Mankind
by Hendrik van Loon - Boni and Liveright
This book, for history buffs and the historically challenged alike, covers human history from prehistoric times, when our earliest ancestors were learning to communicate with grunts, right through to the issues of the latter 20th century.
(14092 views)

Saipan: The Beginning of the End
by Carl W. Hoffman - U.S. Marine Corps
Carl Hoffman's brilliant account of this ferocious battle takes the reader through the course of its duration. This book is essential for anyone interested in the Pacific theater of war during WW2 and for the huge impact that the marine corps made.
(3602 views)