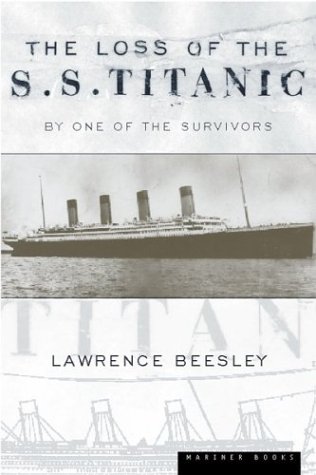 The Loss of the S.S. Titanic: Its Story and Its Lessons
by Lawrence Beesley

Description:
This book was first published in 1912, just two short months after the sinking of the TITANIC. The text represents Beesley's attempt not just to record the events of the sinking but to set the record straight. He captures both the majesty and the tragedy of this legendary voyage -- the view from the lifeboat as well as that from the deck. Full of nautical detail and written with a hair-raising clarity, this book is a spellbinding tale of that fateful night -- one you won't soon forget.

The Young Hitler I Knew
by August E. V. Anderson - Houghton Mifflin Company
An extraordinary memoir by a man who actually met Hitler in 1904. Their passion for music created a friendship, and a roommate situation. This book deals with the darkest, perhaps the most formative, and the most interesting period of Hitler's life.
(17465 views)

Age of Enlightenment
- Hourly History
From its beginnings as a loosely definable group of philosophical ideas to the culmination of its revolutionary effect on public life in Europe, the Age of Enlightenment is the defining intellectual and cultural movement of the modern world.
(3855 views)

Henry IV, Makers of History
by John S. C. Abbott - Project Gutenberg
There is no portion of history fraught with more valuable instruction than the period of those terrible religious wars which desolated the sixteenth century. There is no romance so wild as the veritable history of those times.
(9903 views)

An Introduction to the History of Western Europe
by James Harvey Robinson - Ginn & company
The excellence of Robinson's 'History of Western Europe' has been attested by the immediate and widespread adoption of the book in many of the best schools and colleges of the country. It is an epoch-making text-book on the subject.
(8307 views)