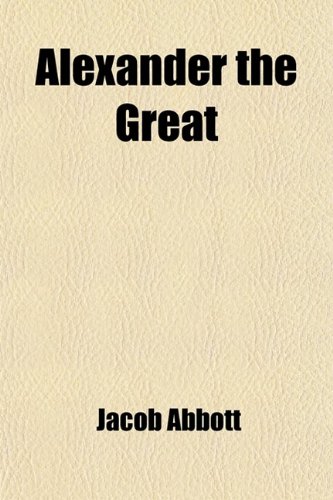 Alexander the Great
by Jacob Abbott

Description:
Alexander the Great was a Greek king of Macedon who created one of the largest empires in ancient history. Although his reign and empire were short-lived, the cultural impact of his conquests lasted for centuries. Alexander is is remembered for his tactical ability, his conquests, and for spreading Greek civilization into the East.

The Ancient East
by D. G. Hogarth - H. Holt
The area we shall survey in 1000 B.C. and re-survey at intervals, contains Western Asia bounded eastwards by a line drawn from the Persian Gulf to the Caspian Sea. This area is marked off by seas on three sides and by desert on the fourth side.
(16004 views)

The Revolutions of Wisdom
by G. E. R. Lloyd - University of California Press
Lloyd's masterly book offers a fascinating and persuasive picture of ancient Greek scientists at work, a complex analysis involving a wide range of issues. Lloyd handles the labyrinthine and often problematic evidence with delicacy and skill.
(13420 views)