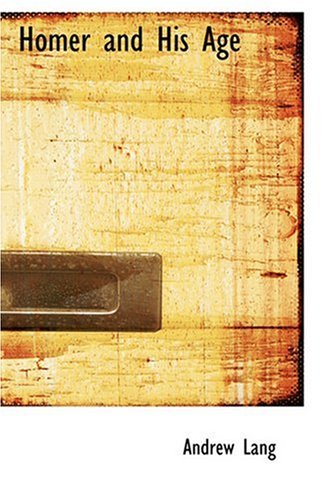 Homer and His Age
by Andrew Lang

Description:
The aim of "Homer and His Age" is to prove that the Homeric Epics as wholes and apart from passages gravely suspected in antiquity present a perfectly harmonious picture of the entire life and civilization of one single age.

Lives of the Noble Grecians and Romans
by Plutarch
A brilliant social history of the ancient world by one of the greatest biographers of all time. In his most famous and influential work, Plutarch reveals the character and personality of his subjects and how they led ultimately to tragedy or victory.
(13343 views)

Alexander the Great
by Jacob Abbott - Harper & Brothers
Alexander the Great created one of the largest empires in ancient history. The cultural impact of his conquests lasted for centuries. Alexander is is remembered for his tactical ability and for spreading Greek civilization into the East.
(13297 views)