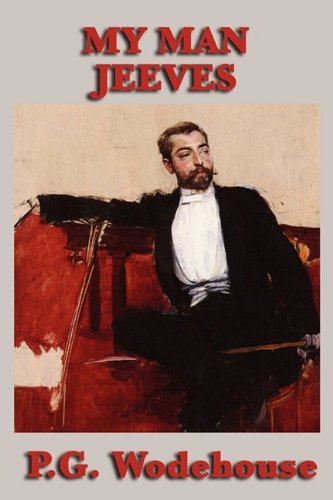 Description:
My Man Jeeves is a collection of short stories by P. G. Wodehouse, first published in the UK in May 1919. Of the eight stories in the collection, half feature the popular characters Jeeves and Bertie Wooster, while the others concern Reggie Pepper, an early prototype for Wooster.

They Win. You Lose.
by Stan Arnold - Smashwords
This is the first book of The Implosion Trilogy - stories about Mick and Jim, two Soho-based video producers who drink too much, don't earn enough and get too many death threats. In this book, Mick and Jim are on the run from Vlad and Vic ...
(5332 views)

The Cynic's Rules of Conduct
by Chester Field Jr. - Henry Altemus Company
'There is only one worse break than asking a woman her age: it is looking incredulous when she tells it.' 'If you would have a serene old age never woo a girl who keeps a diary.' 'A chef is a cook who gets a salary instead of wages.'
(10169 views)

How to be Happy Though Married
by Edward John Hardy - T Fisher Unwin
We strongly recommend this book as one of the best of wedding presents. It is a complete handbook to an earthly Paradise, and its author may be regarded as the Murray of Matrimony and the Baedeker of Bliss. Admirably written volume.
(9990 views)