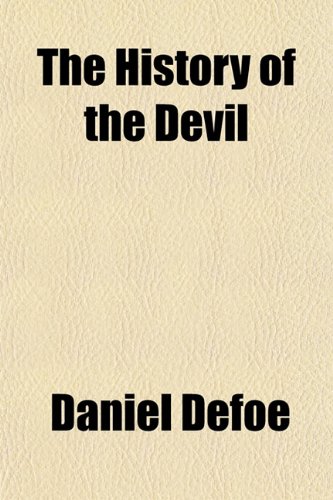 The History of the Devil
by Daniel Defoe

Description:
Containing a State of the Devil's Circumstances, and the various Turns of his Affairs; from his Expulsion out of Heaven, to the Creation of Man; with Remarks on the Several Mistakes concerning the Reason and Manner of his Fall. Also his Proceedings with Mankind ever since Adam, to the first planting of the Christian Religion in the World. Part II containing his more private Conduct, down to the present Times: His Government, his Appearances, his manner of Working, and the Tools he works with.

The Ancient East
by D. G. Hogarth - H. Holt
The area we shall survey in 1000 B.C. and re-survey at intervals, contains Western Asia bounded eastwards by a line drawn from the Persian Gulf to the Caspian Sea. This area is marked off by seas on three sides and by desert on the fourth side.
(17857 views)

A Psychological Analysis of Adolph Hitler: His Life and Legend
by Walter C. Langer - National Archives of the US
What did they know about Adolph Hitler when they were planning D-day? This is a psychological profile produced in 1943 by the O.S.S. (forerunner to the C.I.A.) used to help the Allied commanders understand the Nazi leader.
(14945 views)

The History of the Conquest of Peru
by William Hickling Prescott - J. B. Lippincott
This volume is a vivid chronicle of Spanish exploits in the New World. The book's commanding vision of Pizarro's tumultuous overthrow of the Inca empire has secured its reputation as a classic in the literature of Latin American history.
(11039 views)