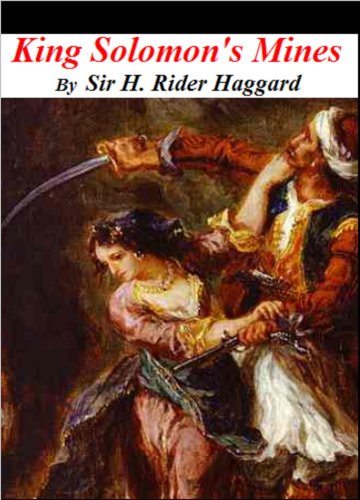 Description:
Praised as "the most amazing story ever written," this 1885 story tells the tale in which Allan Quatermain, a gentleman adventurer, is hired to locate a man who has disappeared into the heart of Africa while hunting for the legendary lost diamond mines of King Solomon.

Jess
by H. Rider Haggard - ManyBooks
An African domestic drama set in Pretoria at the time of the Boer War. Captain John Niel comes to work on the Transvaal farm of a fellow Englishman, Silas Croft, and becomes involved in a love triangle of sorts with Croft's two nieces...
(3347 views)

Eric Brighteyes
by Henry Rider Haggard - Longmans, Green
A must for all Haggard fans, 'Eric Brighteyes' is strongly recommended to anyone who enjoys a great tale of heroic endeavour. Perhaps the fastest-paced of all Haggard's many novels, it races from one highspot to another with vivid scene-setting.
(6643 views)

Ayesha: The Return of She
by Henry Rider Haggard - Doubleday, Page & Company
A worthy sequel, and one that all admirers of Haggard's original story should enjoy reading. The novel contains many exciting scenes, including a great avalanche, the pursuit of the death hounds, Ayesha's reincarnation, and the climactic battle.
(5270 views)