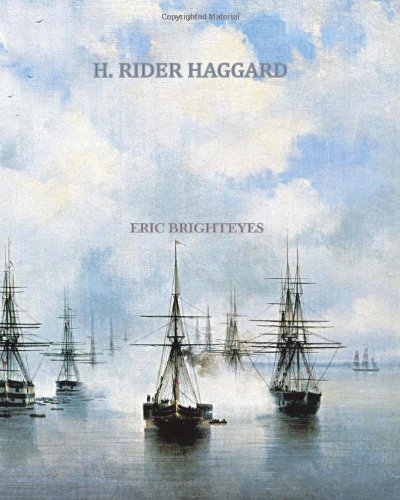 Description:
A must for all Haggard fans, 'Eric Brighteyes' is strongly recommended to anyone who enjoys a great tale of heroic endeavour. Perhaps the fastest-paced of all Haggard's many novels, it races from one highspot to another with vivid scene-setting.

Ayesha: The Return of She
by Henry Rider Haggard - Doubleday, Page & Company
A worthy sequel, and one that all admirers of Haggard's original story should enjoy reading. The novel contains many exciting scenes, including a great avalanche, the pursuit of the death hounds, Ayesha's reincarnation, and the climactic battle.
(5679 views)

The Last Boer War
by H. Rider Haggard - Kegan Paul, Trench, Trubner & Co.
A non fiction book about the Boer War of 1881. Excellent first-hand history by an eye witness who also happened to be one of the leading authors of the late 19th century. A must read for anyone interested in African History or British Colonial wars.
(7470 views)

She
by Henry Rider Haggard - Longmans, Green, and Co.
This is a wonderfully compelling story about three Englishmen, an aging University professor, his adventurous young ward, and their faithful servant, traveling into the unknown African interior in search of a mythical source of immortality.
(9472 views)

The People of the Mist
by H. Rider Haggard - Ditchingham
Sir Henry Rider Haggard wrote many great works, and this is an underappreciated treasure, a beautifully written, exciting, and moving tale of adventure, love, sacrifice and a lost civilization in Africa. Written in the late 1800's.
(5481 views)