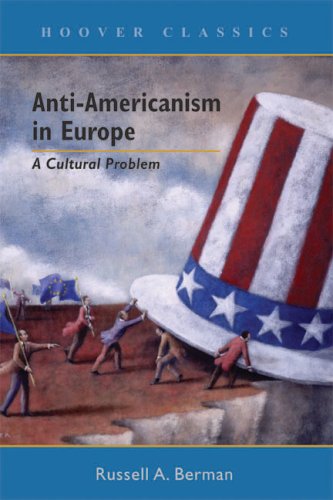 Anti-Americanism in Europe: A Cultural Problem
by Russell A. Berman

Description:
Russell Berman explores the various dimensions of contemporary European anti-Americanism. The author shows how, as the process of post-cold war European unification has progressed, anti-Americanism has proven a useful ideology for the definition of a new European identity.

The National Interest and the Law of the Sea
by Scott G. Borgerson - Council on Foreign Relations Press
This report offers a fresh appraisal of the 1982 Convention on the Law of the Sea and pitfalls in light of the current geopolitical seascape and examines whether it is in U.S. strategic interests to now officially join the convention.
(9336 views)

Occupy: A People Yet To Come
by Andrew Conio (ed.) - Open Humanities Press
The term Occupy represents a belief in the transformation of the capitalist system through a new heterogenic world of protest and activism. This book examines how Occupy can be framed as a response to this as a movement based on new tactics.
(2188 views)

Australia Under Construction
by John Butcher - ANU E Press
The Australian nation is a work in progress, concluded the authors of this monograph. They reflect on these, and other themes from a variety of perspectives. A stimulating read for anyone interested in the history and prospects of Australia.
(7263 views)

Vote Your Ass Off
by Bradley Bright - Smashwords
This is a humorous, tongue-in-cheek, hard-hitting commentary of political facts delivered in a comedic viewpoint to the masses. Today we are fighting a war for freedom from those who want to form a bigger government to control more of our lives.
(9885 views)