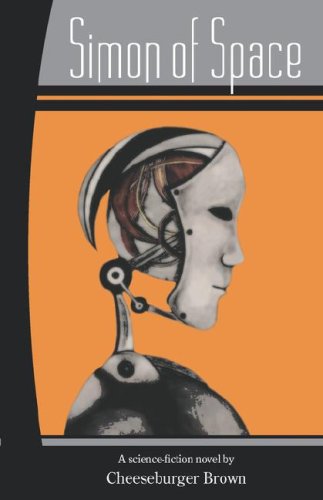 Simon of Space
by Cheeseburger Brown

Description:
Intelligent, humorous and quirky science fiction. Simon remembers his birth; he was 36 years old at the time. A victim of technology and circumstance, Simon's memory has been wiped clean, leaving him to rediscover his own identity in a world that is as frightening as unfamiliar, the clues to his personal history few and far between.

Caffeine
by Ryan Grabow - Splashdown Books
Brandon feels like a dying ember. He's jobless and feels worthless, and falling in love has only made his problem worse. In an authoritarian and overstimulated 22nd-century America, all he can do is indulge in the computer-simulated fantasies...
(4188 views)

The Truth Machine
by James L. Halperin
What would the world be like if scientists developed the perfect lie detector? Halperin argues that such an invention could lead humanity into an era of unequaled prosperity, one in which crime is virtually unknown and true democracy is possible.
(6840 views)

The Status Civilization
by Robert Sheckley - ManyBooks
Thrilling novel in a future with a gulag planet. Philosophical interesting as the author goes to extremes eradicating all crime on Earth, creating a black/white world. First appeared under the title Omega in Amazing Science Fiction Stories.
(4137 views)