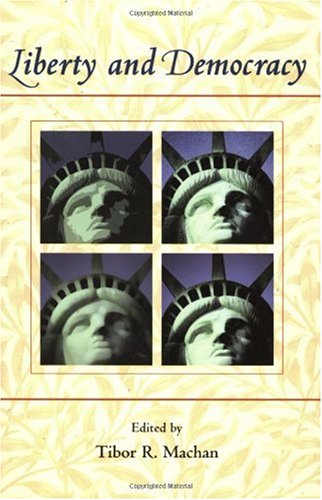 Description:
In this book, contributors grapple with the issue of the proper role of democracy in a society that is committed to respecting protecting the individual rights of all. They challenge conventional thinking, offering provocative ideas on democracy and individual freedom.

Democracy and Revolutionary Politics
by Neera Chandhoke - Bloomsbury Academic
By exploring the concept of political violence from the perspective of critical political theory, Neera Chandhoke investigates its nature, justification and contradictions. She uses the case study of Maoist revolutionaries in India ...
(4784 views)

The Second Twentieth Century
by Jean-Jacques Rosa - Hoover Institution Press
Jean-Jacques Rosa shows how the transformation in communication and information technology has led to the downfall of twentieth century political and corporate hierarchies and is a driving force behind today's democratic free-market trend.
(5987 views)

21st Century American Government and Politics
by David Paletz, Diana Owen, Timothy Cook
The text is a comprehensive introduction to the vital subject of American government and politics. It introduces the intricacies of the Constitution, the complexities of federalism, the meanings of civil liberties and the conflicts over civil rights.
(2479 views)

The End of Loser Liberalism: Making Markets Progressive
by Dean Baker - Center for Economic and Policy Research
Progressives need a fundamentally new approach to politics. They have been losing not just because conservatives have so much more money and power, but also because they have accepted the conservatives' framing of political debates...
(4855 views)