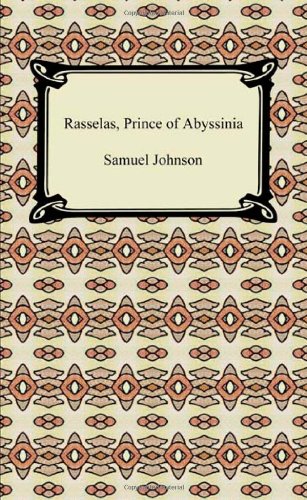 Description:
Rasselas, Prince of Abyssinia, leaves the easy life of the Happy Valley, accompanied by his sister Nekayah, her attendant Pekuah, and the much-travelled philosopher Imlac. Their journey takes them to Egypt, where they study the various conditions of men's lives, before returning home in a 'conclusion in which nothing is concluded'. Johnson's tale is not only a satire on optimism, but also an expression of truth about the human mind and its infinite capacity for hope.

You Can't Go Home Again
by Thomas Wolfe - Harper & Brothers
A twentieth-century classic, Wolfe's magnificent novel is both the story of a young writer longing to make his mark upon the world and a sweeping portrait of America and Europe from the Great Depression through the years leading up to World War II.
(8894 views)

Hillary Malone
by Christopher Olander - Novelmaker
A tragic novel about an American ingenue who lives among the misfits and artists in Paris in the 1920s, looking to have impact on them, only to be, as one of the liberated American women, abused by the men from whom she sought stimulation or solace.
(8917 views)

Caleb Williams
by William Godwin - Feedbooks
A tale of gripping suspense and psychological power, the novel creates a searing depiction of the intolerable persecution meted out to a good man in pursuit of justice. Written to expose the corrupt hierarchies its author saw in the world around him.
(8235 views)