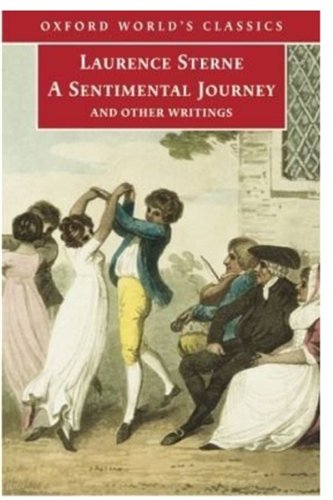 A Sentimental Journey Through France and Italy
by Laurence Sterne

Description:
Celebrated in its own day as the progenitor of 'a school of sentimental writers', A Sentimental Journey (1768) has outlasted its many imitators because of the humour and mischievous eroticism that inform Mr Yorick's travels. Setting out to journey to France and Italy he gets little further than Lyons but finds much to appreciate, in contrast to contemporary travel writers whom Sterne satirizes in the figures of Smelfungus and Mundungus.

Caleb Williams
by William Godwin - Feedbooks
A tale of gripping suspense and psychological power, the novel creates a searing depiction of the intolerable persecution meted out to a good man in pursuit of justice. Written to expose the corrupt hierarchies its author saw in the world around him.
(8206 views)

War in Heaven
by Charles Williams
Williams gives a contemporary setting to the traditional story of the Search for the Holy Grail. Examining the distinction between magic and religion, this book graphically portrays a metaphysical journey through the crevices of the human mind.
(6373 views)

A Man and His Money
by Frederic Stewart Isham - The Bobbs-Merrill Company
The hero is a young man who voluntarily gives up his millions to start at the bottom. For Horatio Heatherbloom -- which, as you may guess, was not really his name -- wealth had formed a handicap. So he went to work with his hands and his brain.
(5548 views)

A Deal with The Devil
by Eden Phillpotts - Bliss, Sands and Foster
Before my grandpa, Daniel Dolphin, comes down to breakfast on the morning of his hundredth birthday, I may tell you something about him. He has been married three times; he has buried all his wives and all his children. There were five of the latter.
(4908 views)