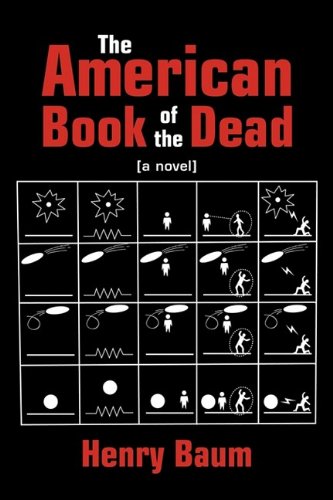 The American Book of the Dead
by Henry Baum

12 Steps
by Darren R. Hawkins - Wincing at Light Books
A novel of addiction, recovery and the social cost of substance abuse treatment. It’s a novel about redemption and failure. A story of small mistakes, smaller victories and the consequences of decisions made in the name of emotional health.
(10900 views)

How To Disappear Completely
by David Bowick - Feedbooks
Sitting at the top of a Ferris wheel overlooking the Boston skyline, Josh's life takes an unexpected turn, things will never be the same. Along with the many surprises on his life's new path, he'll come to take life advice from a family of ducks.
(11644 views)

The Bog Monster of Booker Creek
by Wayne V. Miller
In an extended letter to his son ten years in the future, John Densch chronicles how he and his family slid into a media circus, one in which a middle-school science project became a national joke. The joke takes an ominous turn.
(8410 views)

Tokyo Zero
by Marc Horne
It's the turn of the millennium and a young westerner arrives in Tokyo to join a cult and bring on the end of the world. Visit Tokyo that lies beneath the surface: the city of petty gangsters, slumming millionaires, drunkards and bizarre messiahs.
(6951 views)