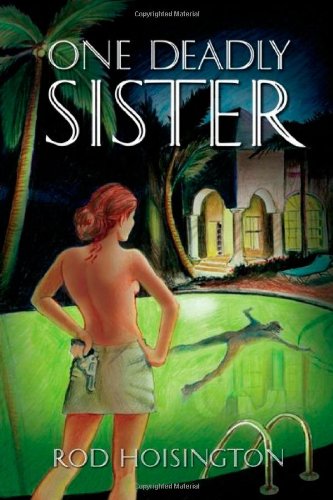 One Deadly Sister
by Rod Hoisington

Description:
An almost-too-clever young law student reluctantly attempts to rescue her estranged brother who is caught up in woman-trouble and a murder charge down in a hostile Florida town. He isn't looking for trouble but doesn't have a clue about women and gets seduced and framed, leaving the sister in an ever-increasing entanglement of deceit, double-cross and danger.

A Thief in the Night
by E. W. Hornung - Charles Scribner's Sons
A Thief in the Night is a 1905 collection of short stories by E.W. Hornung, featuring his popular character A. J. Raffles. It was the third book in the series. Raffles, a gentleman thief, commits a number of burglaries in late Victorian England.
(4433 views)

The Stillwater Tragedy
by Thomas Bailey Aldrich - Project Gutenberg
This novel is believed to be the first in which a detective appears in English literature. The story is about a murder accusation. Aldrich writes in a straightforward, realistic style with stunningly majestic language. Full of suspense and thrill.
(5469 views)

Enigma
by Wolf Black - Smashwords
Dick Love is a 42-year-old detective from New York now living and working in London. And if given the choice he'd just as soon stay alive. He has a pregnant boxer relying on it. This mystery novel is a good old-fashioned read.
(5971 views)