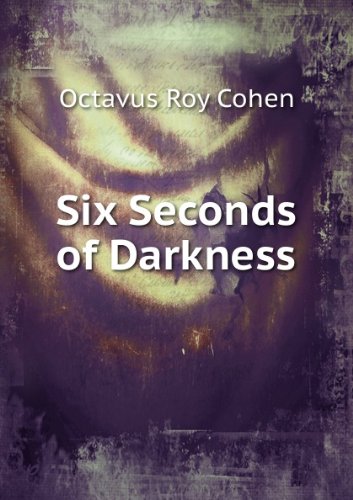 Description:
Energetic sleuth David Carroll, whose probe into police corruption has made him unpopular at headquarters, is put in charge of an investigation into the shooting murder of civic reformer Edward Hamilton -- and the three people trying to confess to the crime!

Run to Earth
by Mary Elizabeth Braddon - Simpkin, Marshall, Hamilton, Kent
This novel is a blend of mystery and gothic horror, engaging in the narrative, the strong female characters portray an interesting side of Victorian life. The ending brought our heroine the respect she so clearly deserved.
(5463 views)

The Egyptian Cat Mystery
by Harold Leland Goodwin - ManyBooks
In Chicago, a man speaks into the telephone: 'The cat is ready!' With these four words a chain of harrowing events is set into motion which involves Rick Brant and his pal Don Scott in ten days of danger, intrigue, and suspense.
(5249 views)

Uncle Abner, Master of Mysteries
by Melville Davisson Post
Uncle Abner is a sturdy mountaineer who helps to solve the mysteries tragedies and crimes which occur in the Virginia mountains where he lives. There are eighteen short stories which have appeared in magazines at various times.
(4352 views)

A Thief in the Night
by E. W. Hornung - Charles Scribner's Sons
A Thief in the Night is a 1905 collection of short stories by E.W. Hornung, featuring his popular character A. J. Raffles. It was the third book in the series. Raffles, a gentleman thief, commits a number of burglaries in late Victorian England.
(4581 views)