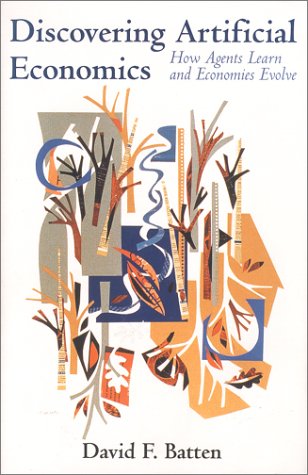 Description:
An informal and revealing introduction to the ideas of modern systems theory and self-organization as they apply to problems in the economic realm. David Batten interleaves anecdotes and stories with technical discussions, in order to provide the general reader with a good feel for how economies function and change.

Economics in One Lesson
by Henry Hazlitt - Pocket Books
This book is an analysis of economic fallacies that are so prevalent that they have almost become a new orthodoxy. Their own self-contradictions have have scattered those who accept the same premises into a hundred different 'schools'.
(21454 views)

Bargaining and Markets
by Martin J. Osborne, Ariel Rubinstein - Academic Press
Bargaining and markets presents the modern theory of bargaining and describes several applications of the theory to the study of markets. It uses a small number of models to illustrate the key points and offers detailed proofs of all results.
(13626 views)

The Pure Theory of Capital
by Friedrich A. Hayek - Ludwig von Mises Institute
The greatest failing of non-Austrians theories of macroeconomics is that they lack a robust theory of capital. F.A. Hayek sought to fill out the theory of the business cycle with an impenetrable one, and the result was this remarkable 1941 treatise.
(12371 views)

Making Economic Sense
by Murray N. Rothbard - Ludwig Von Mises Institute
The goal of this hefty tome by this master economist is to communicate with the public about economic theory and policy, in the form of articles. No economist has ever written so clearly about subjects usually wrapped in mystery.
(12128 views)