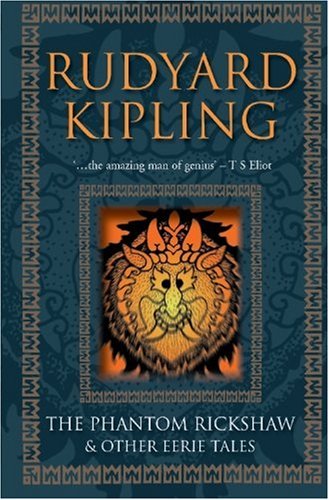 The Phantom Rickshaw; and other tales
by Rudyard Kipling

Description:
This book brings together five of Kipling's most-loved short stories. Each deals with events that can't quite be explained away, whether a traditional ghost story, a terrifyingly realistic nightmare or an sumptuous and lavish romance. Powerful, exotic and extravagant, these tales are rated, by some, to be the best stories Kipling ever wrote.

The Kipling Reader
by Rudyard Kipling - ManyBooks
Selections from the books of Rudyard Kipling: Rikki-Tikki-Tavi, William the Conqueror, A Matter of Fact, Mowgli's Brothers, The Lost Legion, Namgay Doola, A Germ-Destroyer, Tods' Amendment, The Story of Muhammad Din, The Finances of the Gods, etc.
(5742 views)

Kim
by Rudyard Kipling
Rudyard Kipling has been attacked for championing British imperialism and celebrated for satirizing it. Nowhere does he express his own ambivalence more strongly than in Kim, his rousing adventure novel of a young man of many allegiances.
(8452 views)