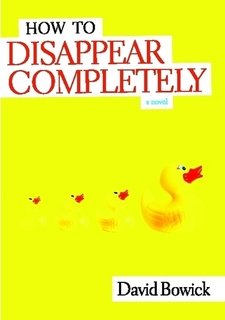 How To Disappear Completely
by David Bowick

Description:
Sitting at the top of a Ferris wheel overlooking the Boston skyline, Josh's life takes an unexpected turn, and things will never be the same. Along with the many surprises on his life's new path, he'll come to take life advice from a family of ducks, get in a bloody war with a dog, lose his job over a spilled drink, wake up in the hospital, apply to work at an adult-themed novelty bakery, and find out that people often aren't what they seem.

The Long Way Home
by Phillip Overton
A broken marriage sends a father and son on two different paths in life, only for both to realize an Angel is working to reunite them. The Long Way Home tackles the question of why bad things sometimes happen to good people ...
(8312 views)

Love Like This
by Sylvia Hubbard - Smashwords
Angered that his wife would sleep with his brother, Ethan swore revenge. He becomes involved with the one person his wife never wanted him to get close to - her daughter, Nicole. Once Ethan leaves his wife penniless his revenge will be complete.
(9151 views)