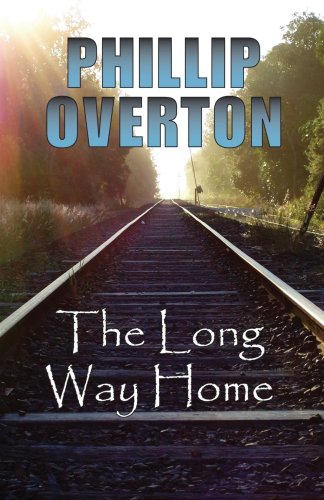 Description:
A broken marriage sends a father and son on two different paths in life, only for both to realize an Angel is working to reunite them. The Long Way Home tackles the question of why bad things sometimes happen to good people. It gives us the answer in an endearing way, reassuring the reader that better days are just around the next corner.

The Excess Road
by Joshua Jones - Smashwords
The path to wisdom starts at the hilltop campus of Wessex College. There you can find a good party but you can also lose your mind like Joaquin Chandler did. He's looking for love and his own trail to tread during his freshman year in 1993.
(10534 views)

The Bog Monster of Booker Creek
by Wayne V. Miller
In an extended letter to his son ten years in the future, John Densch chronicles how he and his family slid into a media circus, one in which a middle-school science project became a national joke. The joke takes an ominous turn.
(8420 views)

Confessions of an Eccentric Old Man
by Sholder Greye
A dying alchemist's memoir. Having lived for centuries, pursuing the truth of all things through half-baked whimsical notions, progressing not a whit toward his goal, he walks proudly into whatever shall come with nary a glance over his shoulder.
(7063 views)

Back(stabbed) In Brooklyn
by Lenox Parker - Smashwords
Howard found success once he left Brooklyn, but at a cost that he may regret. When he seizes an opportunity to turn his career around by writing a memoir using their stories, he doesn't heed the risks of getting involved with the old gang again.
(8560 views)