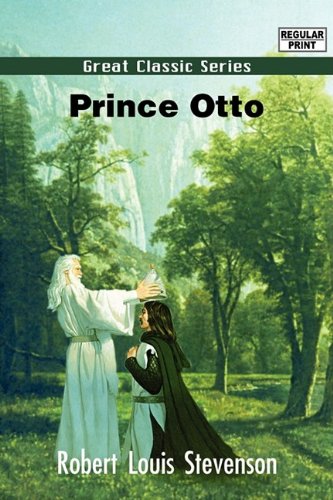 Description:
This book is Stevenson's third full-length narrative, an action romance set in the imaginary Germanic state of Gruenewald. The novel is first published in 1885. Robert Louis Stevenson referred to Prince Otto as 'my hardest effort'.

The Wrecker
by Robert Louis Stevenson, Lloyd Osbourne - Cassell
The story is a sprawling, episodic adventure story, a comedy of brash manners and something of a detective mystery. It revolves around the abandoned wreck of the Flying Scud at Midway Island. Clues in a stamp collection are used to solve the mystery.
(4119 views)

Treasure Island
by Robert Louis Stevenson - Harper & Brothers
The most popular pirate story ever written, Treasure Island has been happily devoured by several generations of boys and girls. Jim Hawkins finds himself owner of a map to Treasure Island, where the fabled pirate booty is buried.
(14168 views)

David Balfour
by Robert Louis Stevenson - Charles Scribners' Sons
'David Balfour' is the sequel to 'Kidnapped', and starts where Stevenson's more famous book ends - with Balfour in Edinburgh, standing remorseful outside the offices of the British Linen Company. From there begins a rollicking series of adventures.
(5275 views)