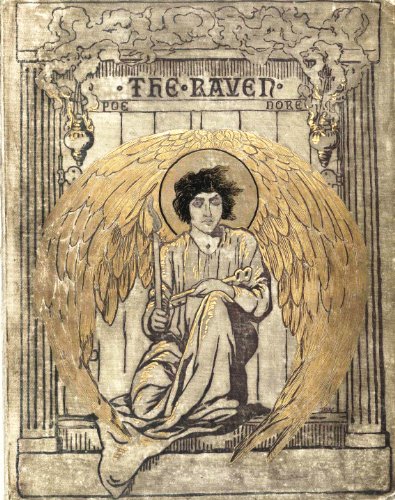 The Raven
by Edgar Allan Poe

Description:
'The Raven' is a narrative poem by American writer Edgar Allan Poe, first published in January 1845. It is often noted for its musicality, stylized language, and supernatural atmosphere. It tells of a talking raven's mysterious visit to a distraught lover, tracing the man's slow descent into madness.

Breath Of The Rose, And Other Verse
by Annie S. Bean - Melvin Printing Co
Breath of the rose, Dreams of a Far-away World, A Summer Dusk, At Easter Time, Somewhere in Summer-Time, At Christmas Tyde, This Sorry Earth Turns Round and Round, Mount Hamilton, A Moment at the Open Door, A Wind, and more.
(9625 views)

Standing in a Cloud
by Dennis Thomas - Bibliotastic.com
The book is for the connoisseur of fine poetry. It has Sir Walter Scott's epic sweep, Arthur Schopenhauer's Wille zum Leben, and Shelley's fluidity of movement, among other qualities, all distilled with Dennis Thomas' characteristic aplomb.
(8678 views)

The Loves of Krishna in Indian Painting and Poetry
by W. G. Archer - Project Gutenberg
The purpose of this book is to throw some light on Indian painting by presenting the story of Krishna in the clearest possible terms, in the form in which it has actually reached Indian minds and has influenced belief and worship.
(17441 views)