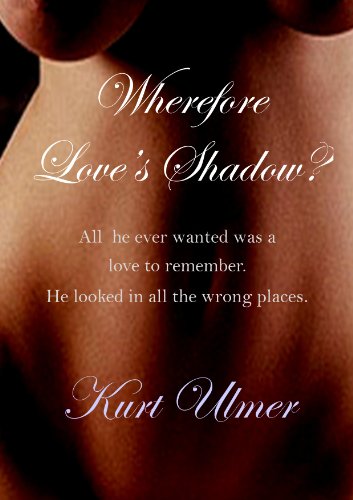 Description:
A dramatic thriller novel propelled forward by mystery, suspense and violence interspersed, necessarily so, with romance and erotica. He was looking for love in all the wrong places. He wasn't asking for the great love, the grande affair, the unforgettable one or the lightning bolt of love at first sight.

Alex Hollick: Origins
by Andrew Downs - Smashwords
A young field agent enters a dark underworld of the FBI, where he participates in the cover-up of a fellow agent's corruption while protecting the woman of his dreams. The Alex Hollick Series takes readers into an underworld of secretive agendas...
(6901 views)

Soul Identity
by Dennis Batchelder - Smashwords
What if you could bank your money for your next life? Computer security expert Scott Waverly is skeptical of his new client's claim that they've been tracking souls for almost twenty hundred years. Is it a freaky cult, or a sophisticated con job?
(7170 views)

Not Exactly Innocent
by Kathryn Judson - Smashwords
Triple-O Five and his bride are pulled back into action sooner than planned, when a mad Viking wannabe hires ethically-challenged bioweapons experts and a missile scientist who has gone rogue, in a bid to take over as much of the world as possible...
(5014 views)