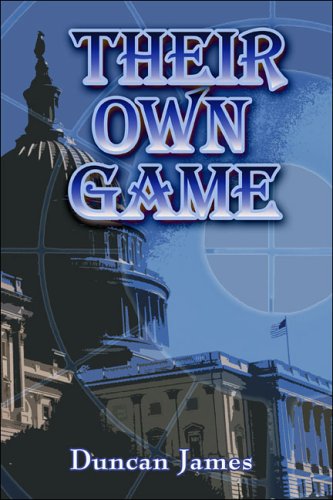 Their Own Game
by Duncan James

Description:
A top secret plan shifts the war on terrorism from the Middle East to Northern Ireland. Major Bill Clayton and his attractive sergeant Catherine Wilson hunt the killer of Clayton's uncle who was involved with Libyan terrorist weapons suppliers. Prime suspect is the Head of Security at the Bank of England but they must first deal with terrorist Godfathers, stockpiled arms, double agents and murder.

The International Spy
by Allen Upward - ManyBooks
The author makes clear the sinking of the English fishing schooners by the Baltic fleet of Russia and brings in all kinds of events that seemed hallucinations when the story appeared serially, but which have since come true in startling manner.
(7392 views)

Wrongful Death: The AIDS Trial
by Stephen Davis - Smashwords
This is a work of fiction based on fact: the true story behind the government lies and incompetence, gross medical malpractice, and unbridled greed by a drug company that caused our American AIDS epidemic and cost 300,000 lives in just ten years.
(6921 views)