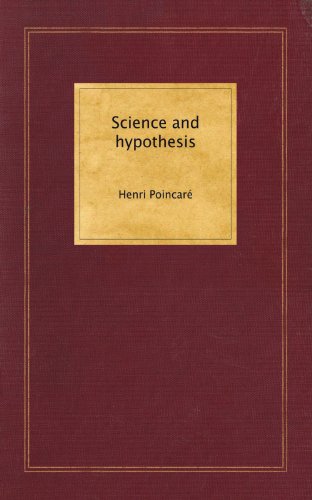 Science and Hypothesis
by Henri Poincare

Description:
Henri Poincare wrote the essays in this book in 1905, the landmark period in physics after Maxwell and before special relativity. Not just the science, but the social attitudes of the day come through in this pleasant little book.

Yorick's World: Science and the Knowing Subject
by Peter Caws - University of California Press
Peter Caws provides a fresh treatment of some of the most vexing problems in the philosophy of science: explanation, induction, causality, evolution, discovery, artificial intelligence, and the social implications of technological rationality.
(12394 views)

How Modern Science Came into the World
by H. Floris Cohen - Amsterdam University Press
A vision of the Scientific Revolution as made up of six distinct yet narrowly interconnected, revolutionary transformations, each of some twenty-five to thirty years' duration. The author explains how modern science could come about in Europe ...
(6395 views)

The Impact of Science on Society
by James Burke, Jules Bergman, Isaac Asimov - NASA
Science and technology have had a major impact on society, and their impact is growing. The authors cover the impact of science on society from the time of man's first significant scientific invention to that of expected future scientific advances.
(18725 views)

Communicating Science Effectively
- National Academies Press
The book offers a research agenda for science communicators and researchers seeking to apply this research and fill gaps in knowledge about how to communicate effectively about science, focusing on issues that are contentious in the public sphere.
(5073 views)