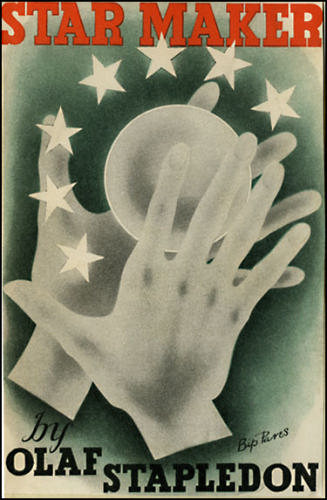 Description:
Widely regarded as one of the true classics of science fiction, Star Maker is a poetic and deeply philosophical work. The book challenges preconceived notions of intelligence and awareness, and ultimately argues for a broadened perspective that would free us from culturally ingrained thought and our inevitable anthropomorphism.

The Master Of The World
by Jules Verne - Project Gutenberg
A series of unexplained happenings occur across the eastern US, caused by objects moving with such great speed that they are nearly invisible. The first-person narrator John Strock travels to the Blue Ridge Mountains of North Carolina to investigate.
(9070 views)

The True History
by Lucian of Samosata
Lucian of Samosata was a Greek satirist of Assyrian extraction, and True History is perhaps his most well-known tale. In this tale, the protagonist visits the Moon, meets extraterrestrial creatures, and takes part in interplanetary warfare.
(5258 views)

Off On A Comet, Or Hector Servadac
by Jules Verne - Vincent Parke And Co
Although time has obscured this book, Jules Verne's Off on a Comet is a remarkable work. Verne takes his characters on a journey to the depths of infinite space, to present what astronomers of that time really knew of outer space.
(11702 views)