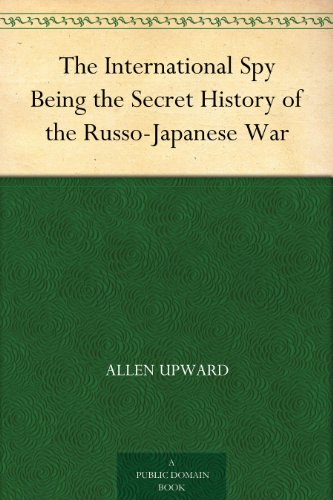 The International Spy
by Allen Upward

Description:
In this story the author makes clear the sinking of the English fishing schooners by the Baltic fleet of Russia and brings in all kinds of events that seemed hallucinations when the story appeared serially, but which have since come true in startling manner.

Project Proxy
by Innocent Mwatsikesimbe - Smashwords
A technothriller about one man's unexpected woes created by a promotion he received at work. Rupert Blake is an experienced computer programmer. After an unexpected promotion, he is given the task of securing the company's computer system...
(3402 views)

The Riddle of the Sands
by Erskine Childers - eBooks@Adelaide
A seminal work of spy fiction first published in 1903, when it caused a sensation in Britain. It is a vivid account of German preparations to invade England, released at a time when tensions between the countries were rising.
(6682 views)

Calamity
by J.T. Warren - Feedbooks
This novel is unrelentingly bleak. It does not offer hope. You've been warned... Told in three alternating points of view, the plight of the Williams family will disturb. As disaster piles upon disaster, you will be helpless to stop reading.
(5014 views)

Wrongful Death: The AIDS Trial
by Stephen Davis - Smashwords
This is a work of fiction based on fact: the true story behind the government lies and incompetence, gross medical malpractice, and unbridled greed by a drug company that caused our American AIDS epidemic and cost 300,000 lives in just ten years.
(4910 views)