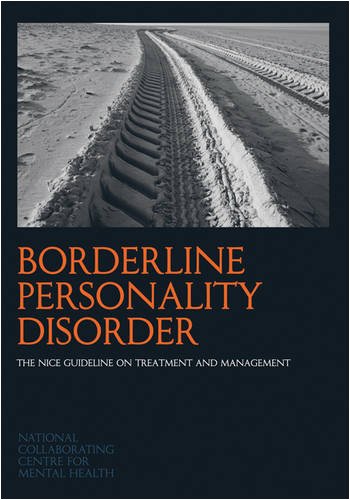 Description:
The guideline on Borderline Personality Disorder, commissioned by NICE and developed by the National Collaborating Centre for Mental Health, sets out clear, evidence- and consensus-based recommendations for healthcare staff on how to treat and manage borderline personality disorder.

War Psychiatry (Textbooks of Military Medicine)
by Franklin D. Jones, at al. - Borden Institute
This volume addresses the delivery of mental health services during wartime, discusses the concept of combat stress reaction, the delivery of mental health care on the various battlefields, and the psychological consequences of modern combat.
(13655 views)

Hypericum for Depression
by Peter Bongiorno, Pina LoGiudice - Natural Medicine Journal
St. John's wort (Hypericum perforatum) is a well studied botanical medicine. This review focuses on the latest research and supports the use of hypericum preparations in mild to moderate depression and suggests it may be a favorable alternative ...
(17881 views)

Instinct And The Unconscious
by William H. R. Rivers - York University
This book was originally published in 1920. The general aim of the book is to put into a biological setting the system of psycho-therapy which came to be generally adopted in Great Britain in the treatment of the psycho-neuroses of war.
(13176 views)