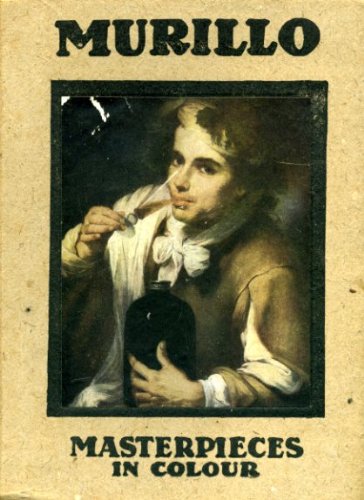 Description:
A serious artist who added to splendid natural gifts a steadfastness of purpose, a determination to do his best, a love of Andalusia, and a devotion to the religion in which he was brought up that must compel the admiration of thinking men however critical, and enable the artist to stand alone.

SUMI-E: An Introduction to Ink Painting
by Nanae Momiyama - Japan Society
Sumi-e, or ink and brush painting, must be discussed in terms of the religion and philosophy it expresses. Sumi-e was the art of Zen priests, it is thus an expression of Zen Buddhism, a religion of selfdiscipline, concentration, and contemplation.
(11832 views)

Cathedral Cities of Spain: 60 reproductions from original water colours
by W. W. Collins
Probably the most interesting moments of the trip abroad by the architectural students are those spent in sketching bits of interest in water color. Nothing is so helpful, so reminiscent as these same notes of color when viewed in alter years.
(13031 views)

Best of Farshchian
by Papak
Mahmoud Farshchian is a world renowned master of Persian painting and miniatures. He is the most prominent modernizer of the field of miniatures, an art form which was first established in Ancient Persia and later spread to other countries.
(15094 views)

Van Gogh and Expressionism
by Maurice Tuchman - Solomon R. Guggenheim Foundation
An attempt to illustrate Vincent Van Gogh's influence on subsequent art movements. In lieu of discussing which artists exerted an influence on Van Gogh, Tuchman discusses how Van Gogh was a model for the modern Expressionists of the 21st century.
(6984 views)