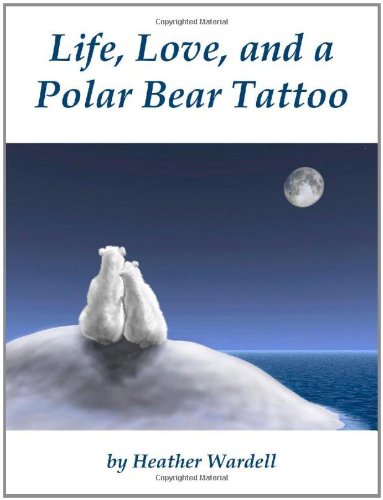 Life, Love, and a Polar Bear Tattoo
by Heather Wardell

Description:
When Candice's in-laws were killed eight months ago buying a huge faux polar bear rug for her Christmas present, she lost more than just two of her favorite people: she lost her husband Ian as well. After only two years of marriage, their guilt and pain have left them living together but apart, unable to really talk for fear of what they'll say to each other.

Count All This
by P. C. Fergusson - Four Sisters Publishing
Eddy's struggle with schizophrenia carries him to the deepest recesses of the human mind. In the midst of his descent, Jo is diagnosed with breast cancer. This is a story of love, madness, death, family loyalty and the bond between mothers and sons.
(12450 views)

Trapdoor
by Vixen Phillips - Feedbooks
Set in Melbourne in the late 90s, Trapdoor is a psychological journey through darkness and light -- a story of love, obsession and beautiful self-destruction. Sometimes, if you wish hard enough, dreams can come true ...
(7038 views)

The Prodigals
by Frank Burton - Philistine Press
The Prodigals follows the lives of four troubled young men in Manchester and the novel's anti-hero, Travis McGuiggan. It's a book about friendship, religion, drinking, cruelty and love. It's also a book about leaving home and returning.
(5859 views)

Tokyo Zero
by Marc Horne
It's the turn of the millennium and a young westerner arrives in Tokyo to join a cult and bring on the end of the world. Visit Tokyo that lies beneath the surface: the city of petty gangsters, slumming millionaires, drunkards and bizarre messiahs.
(5253 views)