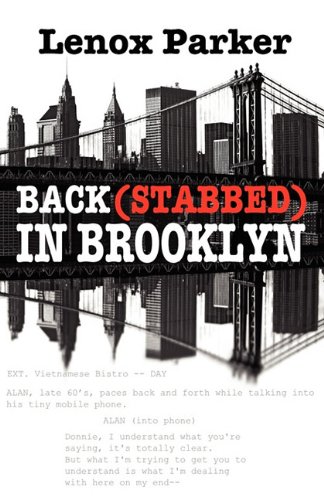 Back(stabbed) In Brooklyn
by Lenox Parker

Description:
Howard found success once he left Brooklyn, but at a cost that he may regret: leaving abruptly and cutting ties for decades had enabled trivial resentments to turn into lifelong grudges. When he seizes an opportunity to turn his career around by writing a telling memoir using their stories, he doesn't heed the risks of getting involved with the old gang again.

The Long Way Home
by Phillip Overton
A broken marriage sends a father and son on two different paths in life, only for both to realize an Angel is working to reunite them. The Long Way Home tackles the question of why bad things sometimes happen to good people ...
(8312 views)

The Octopus: A Story Of California
by Frank Norris - Doubleday
This is a turn-of-the-century epic of California wheat farmers struggling against the rapacity of the Pacific and Southwestern Railroad, which will stop at nothing to extend its domination. This is the story of the waning days of the frontier West.
(9548 views)

Please
by Peter Darbyshire - ManyBooks
Please chronicles the life of a young man who drifts through a hallucinatory urban world filled with celebrity wannabes, addictive relationships and jobs that demand he become someone else. The only thing he cares about is finding his ex-wife ...
(8089 views)

Too Far
by Rich Shapero - Outside Reading
The book follows a pair of ultra-imaginative six-year-olds through a transformative summer spent exploring the woods behind their Alaskan homes. As their family lives become increasingly unstable, the children travel deeper into their private world.
(7119 views)