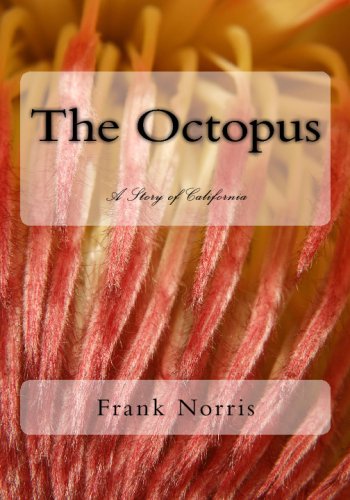 The Octopus: A Story Of California
by Frank Norris

Description:
This is a turn-of-the-century epic of California wheat farmers struggling against the rapacity of the Pacific and Southwestern Railroad, which will stop at nothing to extend its domination. This is the story of the waning days of the frontier West.

Confessions of an Eccentric Old Man
by Sholder Greye
A dying alchemist's memoir. Having lived for centuries, pursuing the truth of all things through half-baked whimsical notions, progressing not a whit toward his goal, he walks proudly into whatever shall come with nary a glance over his shoulder.
(6553 views)

Tokyo Zero
by Marc Horne
It's the turn of the millennium and a young westerner arrives in Tokyo to join a cult and bring on the end of the world. Visit Tokyo that lies beneath the surface: the city of petty gangsters, slumming millionaires, drunkards and bizarre messiahs.
(6516 views)

Tokyo to Tijuana: Gabriele Departing America
by Steven Sills - Project Gutenberg
This novel contrasts a silent and overt rebellion. Sang Huin is a Korean American teaching English in Seoul, struggling to exist and understand the language of a culture that seems surreal to him, and yearning for family ...
(6355 views)