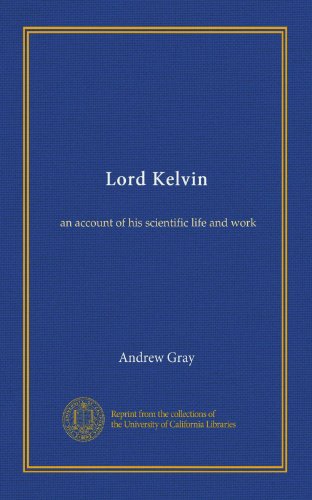 Description:
The aim of the volume is to give an account of Lord Kelvin's life of scientific activity, and to explain to the student, and to the general reader who takes an interest in physical science and its applications, the nature of his discoveries.

Famous Men of Science
by Sarah Knowles Bolton - ManyBooks
These sketches show how young men have overcome difficulties, how they have made failures before finding their true vocation. They show the results of untiring devotion; how a cheerful face and a hopeful spirit can win its way against opposition.
(9550 views)

The Art and Politics of Science
by Harold Varmus - W.W. Norton & Company
In this memoir, Varmus considers a life's work that includes the groundbreaking research that won him a Nobel Prize. Varmus shares his experiences from the trenches of politicized battlegrounds ranging from budget fights to stem cell research.
(5762 views)