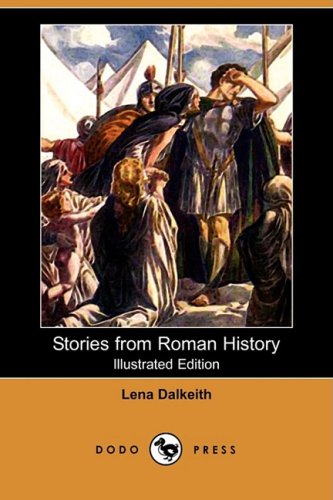 Description:
This book is a nice introduction to the history of early Rome, from the founding of the City to the death of Julius Caesar and the rise of Augustus. It is a child's history book, written on the sixth to eighth grade level.

The Myths and Legends of Ancient Greece and Rome
by E. M. Berens - Longwood Press
The author gives a lifelike picture of the deities of classical times as they were conceived and worshipped by the ancients themselves. From the contents: origin of the world, Uranus and Gaea, Cronus, Rhea, division of the world, etc.
(15450 views)

Aunt Charlotte's Stories of Greek History
by Charlotte Mary Yonge - Marcus Ward & co.
This little book traces Greek History so as to be intelligible to young children. In fact, it will generally be found that classical history is remembered at an earlier age than modern history, probably because the events are simple.
(11178 views)

American History Stories
by Mara Louise Pratt - Chadwick - Educational Pub. Co.
These are the stories of early exploration and founding of American colonies, conflicts over religion, and troubles with the Indians, culminating in the French and Indian War. These volumes are suitable for ages 8 and up.
(9471 views)

The Adventures of Odysseus and Tales of Troy
by Padraic Colum - Norwood Press
The adventures of the ancient Greek hero from the Irish poet, novelist, dramatist, biographer and collector of folklore. This book is still considered by many to be the finest introduction younger readers will have to Homer.
(13451 views)