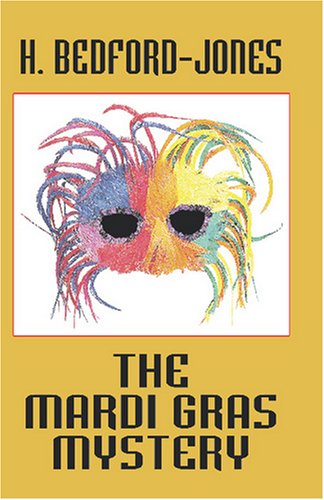 Description:
This novel is an interesting mystery set in New Orleans at Mardi Gras involving a young woman, a young man, and an older man who are involved in a mystery of masques, burglary, a mysterious art theft, murder, fraud and illegal lotteries.

One Deadly Sister
by Rod Hoisington - Smashwords
An almost-too-clever young law student reluctantly attempts to rescue her estranged brother who is caught up in woman-trouble and a murder charge down in a hostile Florida town. He isn't looking for trouble but doesn't have a clue about women.
(6639 views)

And Then There Were None
by Agatha Christie - St. Martin's Press
First there were ten -- a curious assortment of guests on a private island off the coast of Devon. Their host is nowhere to be found. For each has been marked for murder. One by one they fall prey. And only the dead are above suspicion ...
(2768 views)

A Modern Wizard
by Rodrigues Ottolengui - G.P. Putnam's Sons
Bacteriology and hypnotism are woven into this narrative, with the first part of the book centering upon the possible inoculation with the cultures of the microbe of diphtheria -- and the following chapters leading to the bacillus of insanity.
(3916 views)

Six Seconds of Darkness
by Octavus Roy Cohen - ManyBooks
Energetic sleuth David Carroll, whose probe into police corruption has made him unpopular at headquarters, is put in charge of an investigation into the murder of civic reformer Edward Hamilton - and the three people trying to confess to the crime!
(5962 views)