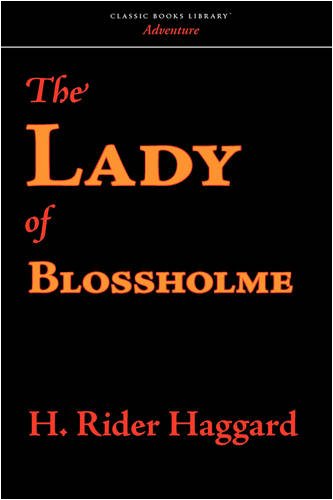 The Lady of Blossholme
by H. Rider Haggard

Description:
H. Rider Haggard's 34th novel, written in the year 1907, The Lady of Blossholme, is one of the author's more straightforward historical adventures. The story takes place in England during the reign of Henry VIII, in 1536.

The World's Desire
by H. Rider Haggard, Andrew Lang - ManyBooks
The story of the hero Odysseus after his untold second journey. Returning to his home, Ithaca, the region ravaged by a plague, his wife seemingly slain, Odysseus begins his final quest. This book might be called The Further Adventures of Odysseus.
(5176 views)

Black Heart and White Heart
by Henry Rider Haggard - ManyBooks
This is the story of two men, one with a black heart and a white body, and one with a white heart and a black body. Philip Hadden journeys into the land of the Zulu King Cetywayo, where he is quickly brought to the attention of the king ...
(4289 views)

Lysbeth: A Tale of the Dutch
by H. Rider Haggard - Longmans, Green, and co.
A tale of two ivory hunters in Africa who come across the deserted camp of a German anthropologist -- a man who had been studying the life and language of the great apes. Sir Henry Rider Haggard is best known for his adventure novels.
(3758 views)

Benita, An African Romance
by Henry Rider Haggard - ManyBooks
Benita is a strong woman born in Africa, raised in England, who is returning to Africa to be with her father. She falls in love with Robert on the long steamer voyage, and is about to say yes to his proposal when the ship hits a rock ...
(5761 views)