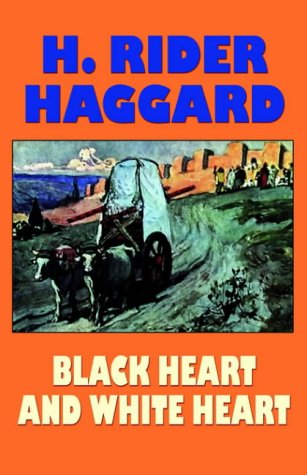 Description:
This is the story of two men, one with a black heart and a white body, and one with a white heart and a black body. Fleeing once more from the law, Philip Hadden journeys into the land of the Zulu King Cetywayo, where he is quickly brought to the attention of the king. Hadden knows that a war between the Zulu and the British is coming...

Eric Brighteyes
by Henry Rider Haggard - Longmans, Green
A must for all Haggard fans, 'Eric Brighteyes' is strongly recommended to anyone who enjoys a great tale of heroic endeavour. Perhaps the fastest-paced of all Haggard's many novels, it races from one highspot to another with vivid scene-setting.
(7019 views)

Benita, An African Romance
by Henry Rider Haggard - ManyBooks
Benita is a strong woman born in Africa, raised in England, who is returning to Africa to be with her father. She falls in love with Robert on the long steamer voyage, and is about to say yes to his proposal when the ship hits a rock ...
(5391 views)

King Solomon's Mines
by H. Rider Haggard - Cassell
Praised as the most amazing story ever written, it tells the tale in which Allan Quatermain, a gentleman adventurer, is hired to locate a man who has disappeared into the heart of Africa while hunting for the legendary diamond mines of King Solomon.
(9944 views)

The World's Desire
by H. Rider Haggard, Andrew Lang - ManyBooks
The story of the hero Odysseus after his untold second journey. Returning to his home, Ithaca, the region ravaged by a plague, his wife seemingly slain, Odysseus begins his final quest. This book might be called The Further Adventures of Odysseus.
(4774 views)