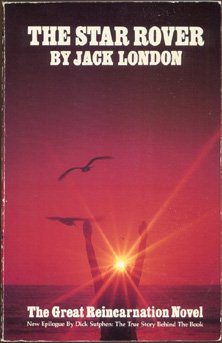 The Star Rover
by Jack London

Description:
A framing story is told in the first person by Darrell Standing, a university professor serving life imprisonment in San Quentin State Prison for murder. Prison officials try to break his spirit by means of a torture device called 'the jacket', a canvas jacket which can be tightly laced so as to compress the whole body, inducing angina.

Martin Eden
by Jack London - Feedbooks
This is a novel by American author Jack London, about a struggling young writer. This book is a favorite among writers, who relate to Martin Eden's speculation that when he mailed off a manuscript, there was no human editor at the other end.
(7039 views)

The People of the Abyss
by Jack London - Classic Reader
A book by Jack London about life in the East End of London in 1902. He wrote this first-hand account by living in the East End (including the Whitechapel District) for several months, sometimes staying in workhouses or sleeping on the streets.
(10241 views)

Smoke Bellew
by Jack London - The Century Co.
A group of short stories published in 1912. It takes us to the sub-zero temperatures of the Klondike during the Alaskan gold-rush days of 1897 in more London scribed adventures supporting his belief in Darwin's theory: Survival of the Fittest.
(4176 views)

Hearts of Three
by Jack London - ManyBooks
Two men exactly alike in appearance, hunting for a treasure in the South sea islands, start the complication in this scenario novel written by Jack London. Graphic, clear and thrilling in style and with much of the old charm.
(5755 views)