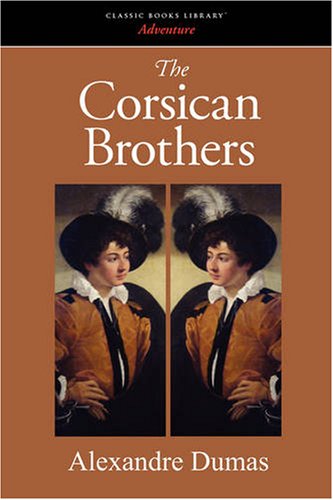 The Corsican Brothers
by Alexandre Dumas

Description:
The Corsican Brothers, a short novel by Alexandre Dumas, was originally published in 1844. The narrator of the story is Dumas himself, or at least a famous Parisian author named Alexandre. The well-crafted story, inviting atmosphere, and camaraderie among the characters provides for a pleasant and amusing read.

The Black Tulip
by Alexandre Dumas - Project Gutenberg
The story begins with the 1672 lynching of the Dutch Grand Pensionary Johan de Witt and his brother, by a wild mob of their own countrymen. The plot line takes place in the following months; only gradually does the reader understand all the details.
(6470 views)

The Conspirators: or, The Chevalier d'Harmental
by Alexandre Dumas - Peter Fenelon Collier
On the 22d of March, in the year of 1718, a young cavalier of high bearing, about twenty-six or twenty-eight years of age, mounted on a pure-bred Spanish charger, was waiting, toward eight o'clock in the morning, at that end of the Pont Neuf...
(4171 views)

Taking the Bastile
by Alexander Dumas - J. S. Ogilvie
Taking the Bastile is the fourth in Dumas' six book series retelling the French Revolution. The book retells the events leading up to the storming of the Bastile through the POV of Ange Pitou a young orphan and his comrade in arms the farmer Billot.
(3273 views)

Celebrated Crimes (Complete)
by Alexandre Dumas pere - Project Gutenberg
The contents of these volumes, as well as the motives which led to their inception, are unique. The book was not written for children. The novelist has spared no language -- has minced no words -- to describe the violent scenes of a violent time.
(8622 views)