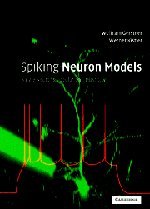 Description:
This introduction to spiking neurons can be used in advanced-level courses in computational neuroscience, theoretical biology, neural modeling, biophysics, or neural networks. It focuses on phenomenological approaches rather than detailed models in order to provide the reader with a conceptual framework.

Methods of Behavior Analysis in Neuroscience
by Jerry J Buccafusco - CRC Press
Behavioral techniques used in animals to model human diseases and predict effects of novel drugs are as varied as the numbers of scientists who use them. Consequently, behavioral analysis is becoming an indispensable tool for the neuroscientist.
(6751 views)