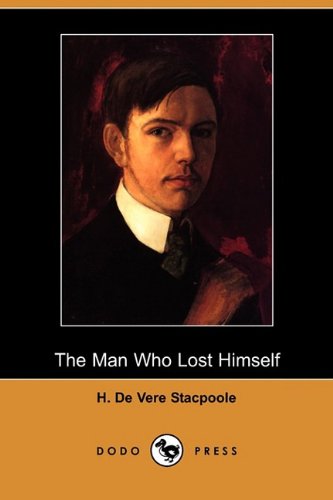 The Man Who Lost Himself
by Henry de Vere Stacpoole

Description:
John Evans encounters his look alike, Malcolm Scott. When Scott is killed in an accident, Evans finds himself mistaken for Scott and decides to do some good in his new role. This novel is much more than an entertaining story of contrasting people going through all the reversals due to trading places and to playing the game of mistaken identity.

The Fearsome Island
by Albert Kinross - Herbert S. Stone & Company
A narrative of Silas Fordred, master mariner of Hythe whose shipwreck and subsequent adventures are herein set forth. Also an appendix accounting for the seeming marvels that Silas Fordred encountered during his sojourn on a fearsome island.
(5063 views)

The Strength of the Pines
by Edison Marshall - Little, Brown, and Company
Before the gray of dawn came over the land Bruce Duncan had started westward. He had no self-amazement at the lightning decision. He was only strangely and deeply exultant. The reasons why went too deep within him to be easily seen...
(5128 views)

Doctor Syn: A Smuggler Tale of the Romney Marsh
by Russell Thorndyke - Doubleday, Page & Company
Posing as a respectable vicar in Dymchurch in 18th century, Dr. Syn is actually the retired pirate Captain Clegg. Clegg, believed hanged in Rye, is no longer being sought by the authorities. However, country life proves too tame for Syn.
(9000 views)

Robbery Under Arms
by Rolf Boldrewood - eBooks@Adelaide
A story of life and adventure in the bush and in the goldfields of Australia. The book deals with the classic idea of an honest man driven to crime and the suffering it brings him. It is also full of the adventure and excitement that comes along.
(4899 views)