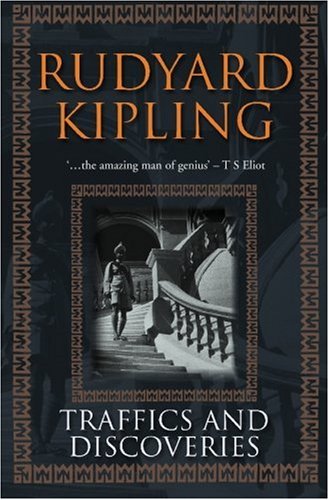 Traffics and Discoveries
by Rudyard Kipling

Description:
Kipling's eternal themes of war, colonialism, and cultural and racial conflicts are all addressed and explored in staggering detail in his masterpiece, Traffics and Discoveries. Powerful characterisation and vivid landscapes and settings combine to produce a series of evocative and memorable war stories.

The Kipling Reader
by Rudyard Kipling - ManyBooks
Selections from the books of Rudyard Kipling: Rikki-Tikki-Tavi, William the Conqueror, A Matter of Fact, Mowgli's Brothers, The Lost Legion, Namgay Doola, A Germ-Destroyer, Tods' Amendment, The Story of Muhammad Din, The Finances of the Gods, etc.
(5742 views)

Under the Deodars
by Rudyard Kipling - Greenock
This is the history of a failure; but the woman who failed said that it might be an instructive tale to put into print for the benefit of the younger generation. The younger generation does not want instruction, being perfectly willing to instruct...
(5363 views)