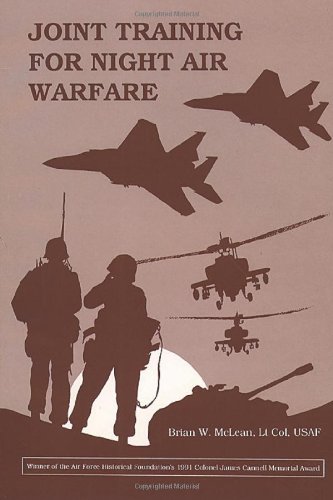 Description:
The author's contention is that training for night air operations, particularly with our sister services, is in its infancy. Using his personal experience he sets out to recommend better uses of the training facilities of all the services to improve the situation.

Battles that Changed the History
- Archive.org
Some battles were turning points, not only in war, but in history itself, and we still talk about them today. You may have heard of marathons, Gettysburg, or someone who has met his or her Waterloo. The battles below changed the course of history.
(7239 views)

The Art of War
by Sun Tzu - Project Gutenberg
Chinese military treatise that was written by Sun Tzu in the 6th century BC. Composed of 13 chapters, each of which is devoted to one aspect of warfare, it is the definitive work on military strategies and tactics of its time, and still a basic text.
(10983 views)

Elements of Military Art and Science
by Henry Wager Halleck - D. Appleton & co
This is a work on Military tactics from an American Civil War General renowned for his cautiousness and belief in thorough preparations and defensiveness over quick, aggressive action. Adapted to the use of volunteers and militia.
(7886 views)