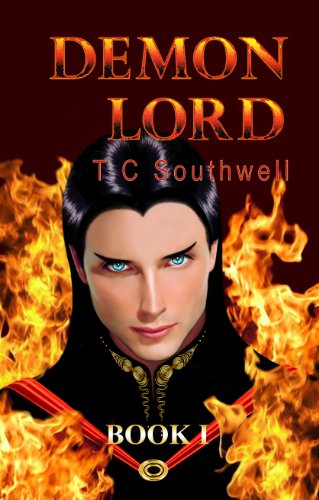 Description:
Seven blue wards have imprisoned the Black Lord in the Underworld for aeons. Now he has stolen a human child and made him a mortal god. After eighteen years of torturous training, Bane sets forth to break the wards with aid of a dark army. The Demon Lord will release Arkonen and destroy the Overworld unless an innocent young girl can turn him from his savage path...

The Bloodbaths
by Steve Libbey - ManyBooks
Crixus Oraan is a water artesan, an engineer who builds aqueducts for bathhouses and mansions in the empire of Rond. His guild has entrusted him with a large sum of gold, but in a misguided effort to win enough to buy a house for his new fiance...
(5286 views)

Nina Kimberly the Merciless
by Christiana Ellis - Dragon Moon Press
She's on a mission to kill the man who loves her. Why? Because he's an idiot. Ten years ago, Nina was cheated out of the life of adventure that she truly deserves. Her father met his first and only defeat at the hands of, well... a gopher hole.
(8625 views)

Nature Abhors a Vacuum
by Stephen L. Nowland - Smashwords
For Aiden Wainwright, a trip to a nearby town was supposed to be an opportunity for continuing his research into the arcane. But dire circumstances see the town gates closed for weeks, and he sets out to deal with the rapidly escalating situation...
(5705 views)

The Darkling Band
by Jason Henderson - Dragon Moon Press
Two best friends set out across towns, fields and mountains to find one of the friend's two sisters, kidnapped by a raiding party of winged men locked in a war with the exploding human population. A fast fantasy with sweat and rivets.
(13199 views)