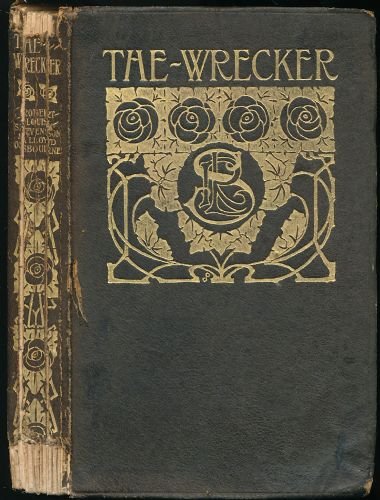 Description:
The story is a sprawling, episodic adventure story, a comedy of brash manners and something of a detective mystery. It revolves around the abandoned wreck of the Flying Scud at Midway Island. Clues in a stamp collection are used to track down the missing crew and solve the mystery. It is only in the last chapter that different story elements become linked.

David Balfour
by Robert Louis Stevenson - Charles Scribners' Sons
'David Balfour' is the sequel to 'Kidnapped', and starts where Stevenson's more famous book ends - with Balfour in Edinburgh, standing remorseful outside the offices of the British Linen Company. From there begins a rollicking series of adventures.
(5401 views)

The Silverado Squatters
by Robert Louis Stevenson - Project Gutenberg
In 1880 Stevenson and his new bridge traveled by ferries, trains and carts to Calistoga, California, where he encountered a pioneer wilderness of curious characters, an unprofitable mine, and a rugged country filled with eagles and bears ...
(6091 views)